Our latest national report says that patients suffering from a heart attack face ambulance delays that could impact their ability to have life-saving treatment.

The report focuses on a form of heart attack known as an ST-elevated myocardial infarction (STEMI). The preferred course of treatment is a primary percutaneous coronary intervention (PPCI)*.

The procedure is most effective when the patient receives it within an hour and a half of being diagnosed.

Around 31,000 people have a STEMI each year and evidence suggests that patients across England could face delays in response.

Our investigation involved a case which highlighted the risks related to the condition and the impact of delay.

Phil, a 61-year old male, suffered a STEMI while staying at a friend’s house. A delay in response to his condition meant that the time from the 999 call made by a friend to him receiving the PPCI was just under 4 hours (229 mins).

Phil survived and has mainly recovered, with some ongoing medical needs and reduced levels of physical activity.

The investigation examined the system-wide safety issues relating to the emergency response to heart attack and the treatment options available to those with a STEMI. Key findings broadly relate to:

The report concludes with three safety recommendations: two to NHS England and NHS Improvement and one to the Association of Ambulance Chief Executives (AACE). They focus on reviewing current guidance on timescales, clarifying information on STEMI treatment and addressing the system factors behind delays.

Dr Stephen Drage, Director of Investigations at HSIB says: said: “Delays in emergency response to STEMI’s and the impact this could have on treatment is a patient safety issue seen across England.

"Our investigation highlights that the reduced ability of the ambulance services to provide pre-hospital treatment places even more emphasis on patients arriving within a crucial time window to receive PPCI.

“Data cited in our report suggests that the longer the delay, the poorer the outcome could be even if patients survive the heart attack and the procedure that follows.

"Our safety recommendations focus on ensuring national clarity and consistency for paramedics dealing with STEMI transfers, and on building further understanding of the factors that influence ambulance response times and how this might contribute to delays.

"This work will aid in improving care for any patient that needs time-critical treatment, which will be particularly important to address as the NHS deals with the longer-term impact of COVID-19.”

*Primary percutaneous coronary intervention (PPCI) is a procedure which involves widening a blocked artery and inserting a stent to keep the artery open. It is the preferred model of care in the NHS in England to treat a STEMI. 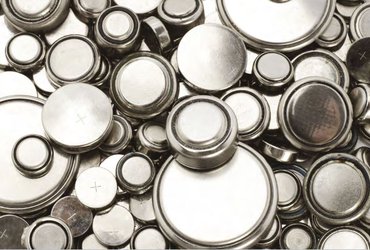